The Fastest Way to Improve Your Conference Calls 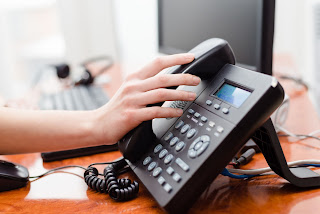 Do you enjoy conference calls? Despite good intentions, conference calls often end up being train wrecks of epic proportions. People check out. People leave, multitask, or argue. Sometimes one voice will be easy to hear but others are inaudible.

Compounding this is a very common practice. Maybe you fall into this practice. I've seen it over and over and even been a participant myself. The flawed practice is mixing the group, with part of the call all together in one conference room and the rest of the group off site on separate phones. A variation of this, and even tougher to manage, is a chain of conference rooms with groups of people sharing one phone at each location.

What's wrong with this arrangement?

People are then communicating on different levels, in different channels, and on different status plane. In any room you have the issues of status to deal with. When you put some people together in one room, that is one status dynamic to manage. When you mix that with multiple locations, the status range becomes unmanageable. It also tends to favor wherever the "home" location is much to the detriment of anyone else. Frustration and ineffective behaviors results.

How to fix that? It's simple, but it takes some guts. Follow this rule:

Rather than have groups in some locations and individuals in others, allow (and require) every participant in the call to call in, using a common conference call number. This puts everyone on the same level of participation, technology, and status. No more rolling of eyes at something someone on the line said so that some people know your reaction and some do not. No more secret coded body language disparaging or supporting someone on the phone. Set up everyone as equal, and your chances of achieving equality increase geometrically.

Try it. You'll enjoy much, much better conference calls.

Popular posts from this blog

July 06, 2020
Do you get angry?
Doesn't everyone? A temper is a terrible thing, because it harms the owner the most. When we are angry, our target may not even know it. But, we sure do and that energy feeds on itself.
I do not like being angry. I've had too much practice. Anger has hurt me and it has hurt others I never wanted to hurt. While anger can have its purpose -- defending someone in danger who has been abused or gathering the energy to right a wrong -- most of the time it is energy that could be better spent in repair. Better spent in building rapport. Better spent in building relationship.
Anger fools us. Anger taunts us. Anger misdirects us.
We might tied to work just to make sure that our anger is not part of the reason for our anger.
Because many times, it is.
What should we do? I humbly offer this distillation from wise advice of others. Breathe. Pause. Breathe again. Give your brain time to quiet the defensive posture and clearly see what's going on. What's going on? Breath…
1 comment
Read more

The Benefits of Supervisory Training

January 16, 2012
When was the last time you had any leadership training?
How often do the supervisors in your organization get training?
If you are like most organizations, it's never enough. Some teams go without any supervisory training at all and expect supervisors and managers to learn as they go, on the job. Unfortunately, while it is memorable to learn from your mistakes, it comes at a high cost. People get tired. People leave. Important accounts go away. Customers complain. And teams struggle without the skills and knowledge it takes to build cohesive teams that are capable of solving problems, improving performance and achieving goals.
Admittedly, I can be expected to support training since I'm in the business. Still, take a closer look at your own leadership career and decide for yourself. Are leaders better off with more training and development or with less?
Supervisory training can generate benefits that pay off long after the training is over.
Here are just a few of the things supervi…
8 comments
Read more

A Creative Leader's Approach to Boundaries

October 06, 2016
How firm are your boundaries? Are you willing to try new things, even if they are so new that they seem frightening?

When I worked at GE there was a lot of talk about creating more boundarylessness. Yes, they made up the word. The broke a semantic boundary in service to their notion.

It's not that there are no boundaries. We need those. It's just that our boundaries tend to get fixed into configurations that constrain us unnecessarily. We need to break those boundaries, or simply pass thru them without breaking them. They become (again, as we referred to them at GE) as permeable boundaries.

Often, people respond to true courage with resistance. They push back. They run away. They refuse to change.

Of course it's not easy. It wouldn't take courage if it was.

How courageous are you prepared to be to achieve your goals?

Caring About Our Team Members

October 28, 2015
What would you say if a news reporter asked you how much you cared about your team members?

Do you think about them when you're not at work? Do you enjoy the time that you do spend together?

I've had some wonderful team members in the many jobs I've held. Some that made work feel more like play. Some that remembered things about me that made my life easier and happier. Some that set such good examples for me that I emulated their behavior and became a better person as a result.

Team members are a big part of our lives. It's not just work. It's important to care about our team members as well.

We spend too much time with the people we work with to pretend that we don't care about them.

What does caring about them mean? Treating them all with respect and dignity. Speaking openly. Accepting, and giving both positive feedback and feedback for improvement. Laughing. Sometimes, even crying together. We're all people and the more that we recognize that the more hap…
Post a Comment
Read more

Maybe Keep It To Yourself?

June 22, 2020
Have you ever said anything that you regretted? That expression "put your foot in your mouth" resonates a bit more when you wear size 13's. I do. And yes, I have sometimes said things that I regretted.
Because you know what? When you say something that hurts someone do you know when they'll forget it?
Never.
They will never forget it. The damage is done, and just keeps on echoing through the years.
That's why I've learned (well, OK, I'm working on it) to pause before saying something with an edge, something with anger, something even passive aggressive. The payoff is bad, and lasts forever.
Words meant to hurt are better left unsaid.
'nuff said.
-- doug smith

No Hiding The Truth

August 02, 2015
What happens when someone tries to hide the truth?

It pops up, unexpected, full-blown and often unforgiving. There is no hiding the truth. The truth always bubbles to the top.

Pushing down what we regard as worth hiding, even when it's clearly true, simply delays the inevitable. The truth comes out, and then whoever attempted to hide it looks doubly suspicious and unreliable.

Also, when we try to hide the truth we suddenly limit our possibilities. What can we say? What should we suppress? Where are we headed? Who can know and who cannot know? Did we tell the wrong person already? Maybe we should just keep quiet...

Truth we try to hide becomes our tallest wall.

It's a weight we carry around wondering when we can let it go. It's a wall that prevents us from seeing the beauty that belongs in all truth, even the truth that troubles us.

What secret truth are you carrying around? Isn't it time to let that go?

Doug Smith
I deliver virtual training and coaching to help you achieve your goals. I like to inspire, motivate, and entertain with field tested tools and a nimble sense of humor.